It is 10 years since I finished working on my Climate Change information website. These were pages I put together to help make sense of climate change. At the time there were a lot of sources of information but most seemed to be either too simple or too complex, and not telling the whole story. I have been meaning to update them for a while. Now I have finished my term as chair of the Reading Climate Change Partnership, it’s a good opportunity. 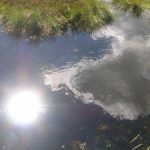 I did a lot of work on this climate change website in the lead up to the United Nations conference at Copenhagen (Dec 2009), and in the year that followed. My aim was to create a useful information resource that would cover the whole subject of climate change, which is being intensified by human activities: what the issue is, what it means, and what we can do about it. I also wanted to present you with links to reliable sources of further information.

The climate change we are talking about here is the change to weather patterns, which are being caused by human activities (for example: burning oil for energy). This change is serious and goes beyond any natural processes, particularly considering how fast it is happening. It will have consequences for ourselves and for much of life on Earth. 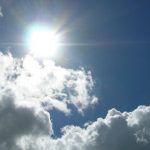 There are still people out there in denial, for example those who argue that there is “…some doubt from some scientists that climate change is really happening…or that it is caused by human activities…”. This is wrong. It may have been a fair point 15 to 20+ years ago, but the science has moved on and the evidence is now indisputable. Unfortunately, parts of the media and other organisations keep this denial alive with spurious stories like the “climategate scandal”.

There is a psychological problem as well, which probably underlies the scepticism: the human mind didn’t evolve to deal with problems on the scale of climate change. And when we can’t deal with things we are very good at looking the other way.

During December 2009 and January 2010 we experienced some harsh winter weather across the UK, Northern Europe, China and central USA. However, this is not evidence that there is now some doubt in the global warming trend. It is important to notice that during this winter, other parts of the world were a lot warmer than normal (for example in Greece and Alaska). 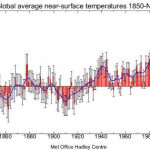 In this page I have tried to summarise how we are changing the climate, presenting you with some of the key phrases, like “greenhouse gas” and “global warming”. There are links at the bottom to useful, on-line sources of further information.

I would strongly advise you to watch the documentary film “An inconvenient truth” to get a good understanding of the issue. Whether you know a lot about climate change or you are not sure what it is all about, this film is outstanding. And I can see why Al Gore has been given a Nobel Peace Prize for it. The web address is www.climatecrisis.net: buy it or borrow it from a library – and pass it around your friends. 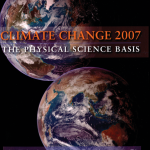 The core group of people that are looking into the climate change problem are the Intergovernmental Panel on Climate Change (IPCC). You can see their latest findings at the IPCC website. Their Fourth Assessment Report (AR4) was published in 2007. This is the consensus of all of the world’s leading climate scientists. Its findings are quite worrying, especially how much change has accelerated more than they predicted in the previous report. However, they do make clear that we can make a difference (i.e. mitigate the problem) if we act now. There is a lot of information on their website, you will probably want to start by reading the Summary for Policymakers documents in AR4, starting with “The Physical Science Basis”. 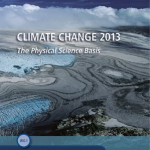 The IPCC fifth assessment report (AR5) was released on the 30 September 2013. There have been improvements in the science since the last report, with 6 years of more data to analyse and more powerful climate models. It is the same story of global warming. Notably: there has been an increase in confidence that human activities are the principal cause; air temperatures a rising more slowly; but sea levels are rising faster than in the previous report.

The IPCC received a Nobel Peace Prize in 2007, which is a strong recognition of their work for humanity. You will now find that every political leader in the world knows that climate change is happening. Some of them may be paying lip service to the issue but they know it is important. One of the key things that convinced politicians was an economic paper: the Stern Review on the Economics of Climate Change. The conclusions of this paper were that climate change will cost between 5% and 20% of global GDP(Gross Domestic Product), each year (now and forever), if we don’t do anything about it. This compares to a cost of 1% of global GDP to do something about it if we start now. There is nothing quite like hitting our leaders in the wallet to persuade them to start taking it seriously!

The Copenhagen Diagnosis is a report, compiled by the University of New South Wales, to update policy makers in time for the December 2009 – Copenhagen climate summit (COP15). This report shows how quickly the science is moving in our understanding of climate change. Unfortunately it finds evidence that things are even worse than predicted in AR4. Our emissions of greenhouse gases continue to rise (In 2008 they were 40% higher than 1990 levels) and measurements of ice melt and sea level rise are faster than expected (80% above past IPCC projections). 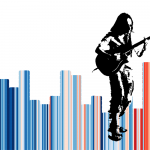 It’s October already. The second wave of the coronavirus dominates the news, and is a huge concern for everyone. As I write this, we are in self-isolation. We’re waiting for …

END_OF_DOCUMENT_TOKEN_TO_BE_REPLACED 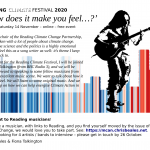 Link to: How does it make you feel…?

Microsite I've set up to share songs, and meanings, for the ‘How does it make you feel…?’ event, which will be online at 7pm on Saturday 14 November. And part of the Reading Climate Festival 2020. It promises to be an interesting and heartfelt conversation so we really hope you can join us on the night. 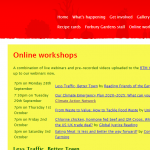 It was great to be able to share some of the things we are planning to do in our new Reading Climate Emergency Strategy last night. Many thanks to Michael Bright, and all at Reading Town Meal, for organising the event and for keeping things going despite the Covid restrictions.

There has been a lot going on for me with the completion of the Reading Climate Emergency Strategy, and then stepping down as RCCP Chair, with all the pieces to …